It looks like I’ll get wifi today! I’ll make another post for pictures from the camera since I’m so far behind. It will be interesting to see how many pics we took so far. But using phone app for now.
Day 5 was a long long day. We had to drive from flagstaff, where we overnighted after visiting the Grand Canyon, to Santa Fe. A 6 hr drive, but more like 9 with a baby and dog.
We did make a stop at meteor crater along the way. Sophie wasn’t allowed on so me and Ian had to take turns going in. Ian went in first because he was the most excited to be there while I hung out at the car with Gobo and Sophie. We alternated between all doors wide open and a/c. That place was HOT. There were some occasional breezes, but it was hot!
After Ian was done me and Gobo went in. There were different paths around the crater where you could climb stairs further in or high above. Good thing I had the baby in the ergo, a stroller would have been impossible. Inside they had some museum type thing that was dark, Gobo was amazed.
The drive was really interesting and we learned a lot. We found out and saw from the road one if New Mexicos volcanoes! The fields along the drive were filled with these giant lava chunks. We weren’t expecting to see that.
We arrived in Santa Fe 30 minutes before our dinner reservations at The Shed. We checked into the hotel and got our stuff into the room. That was a process because we could only take the cart so far and had to walk everything up stairs. The room was awesome and even had a living room with fireplace. Sophie likes the couch in there.
Driving through the town we passed the restaurant and I peeked I the door. There was a courtyard with tables, so I called to see if they allowed dogs on that, and they did! That was a nice surprise to be able to take Sophie, she lucked out.
The place was awesome, lights in trees around the umbrella tables, and live music!
Having it around the corner from where we were staying was a bonus too.
Gumball 3000 was in town and even after dinner the area was packed. It was a good crowd and everyone was very friendly. Sophie said hi to lots of other doggies and we had lots of “is that a Airedale puppy?” questions. She needs a bandana that reads”welsh terrier not Airedale”.
I never heard of gumball before and had to do a quick google because from what I saw it was awesome and really popular. Google it too if you don’t know for more details, but basically all these rich famous people drive their fun cars in a race across the country.
Santa Fe is going to be fun. 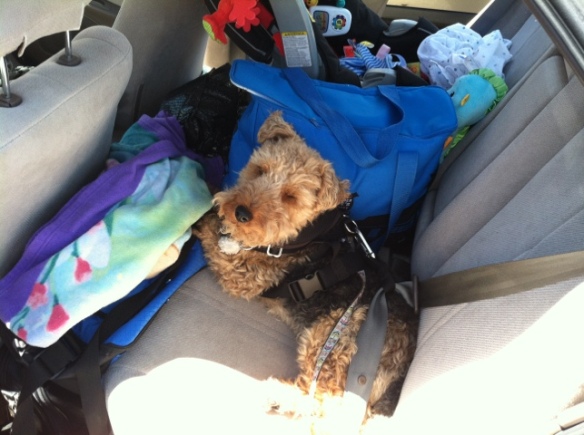 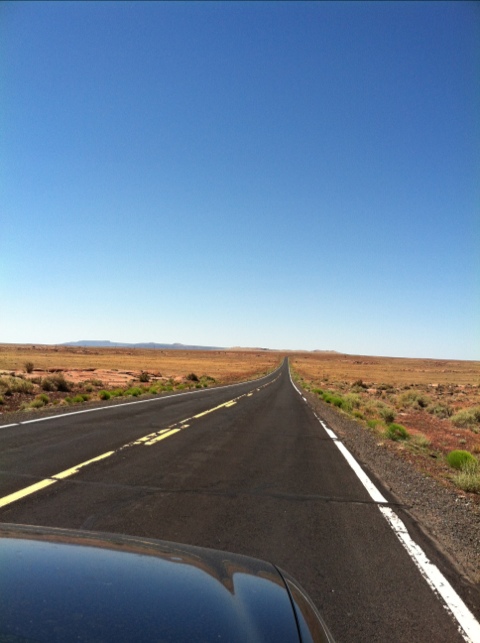 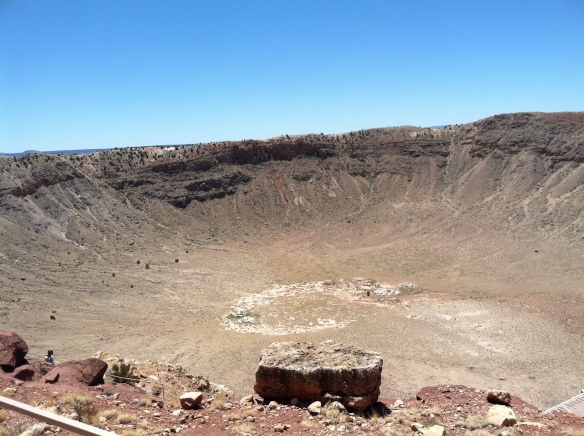 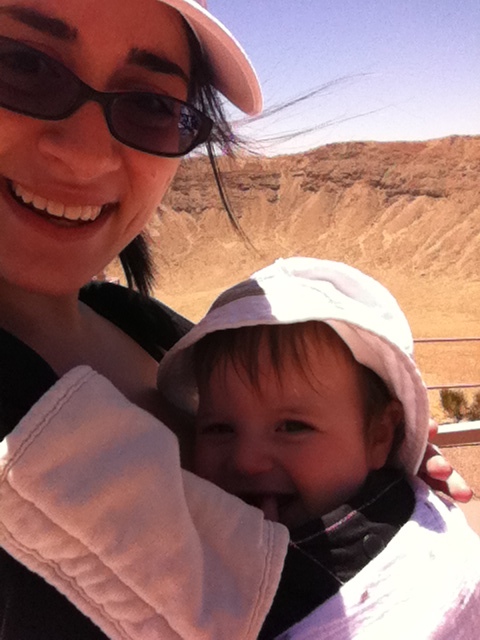 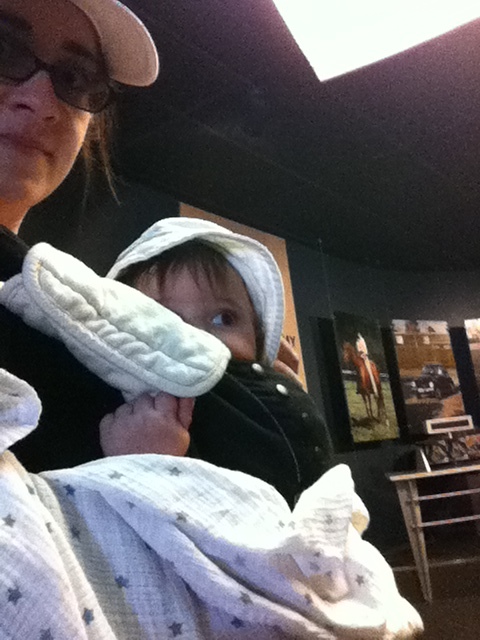 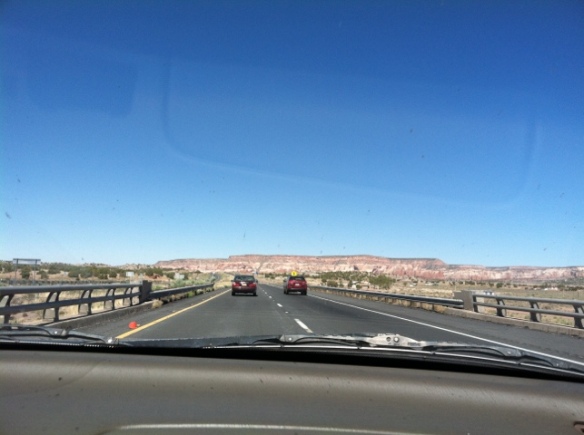 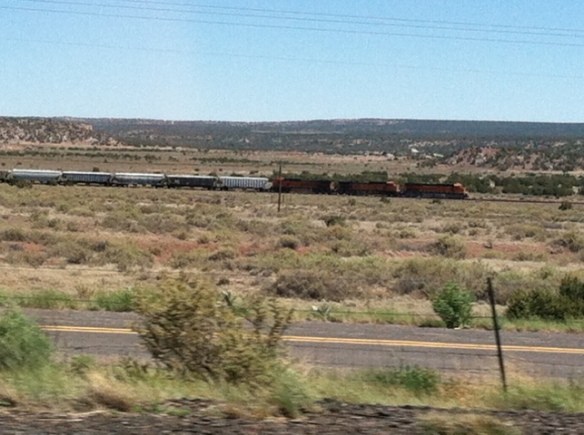 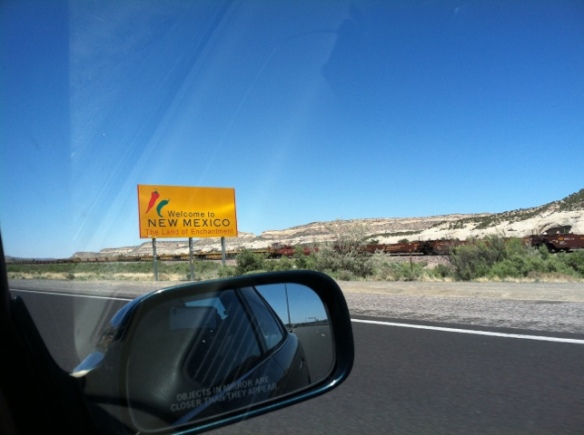 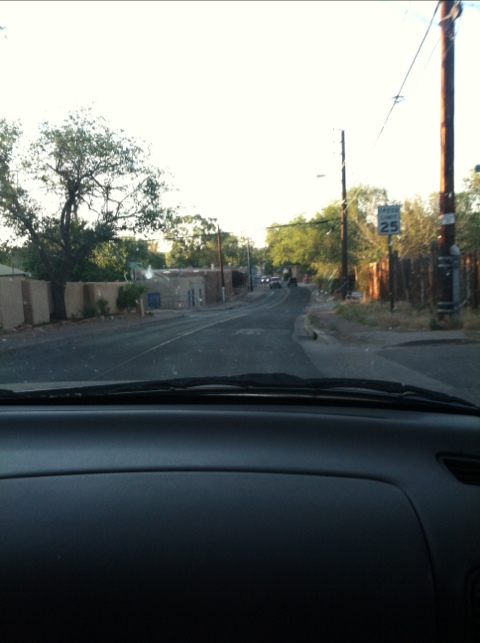 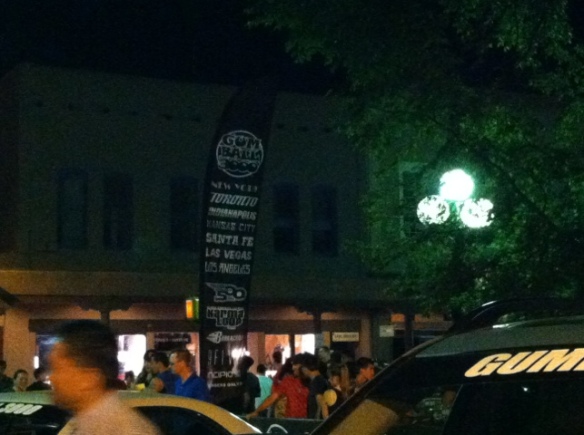 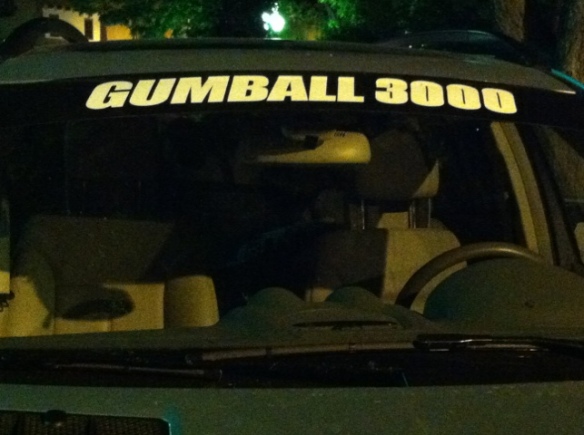 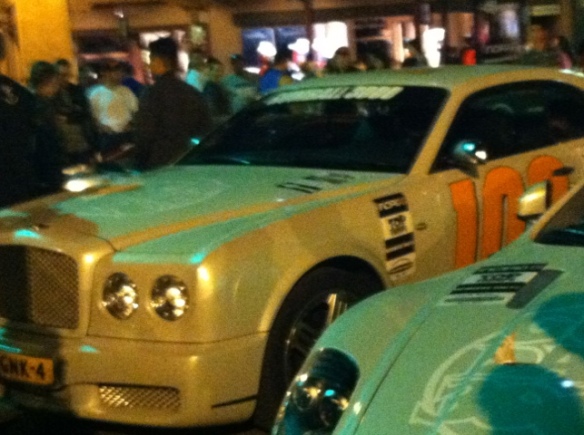 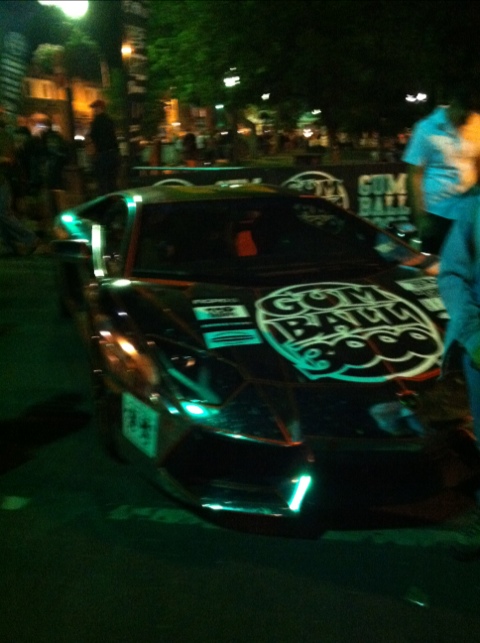 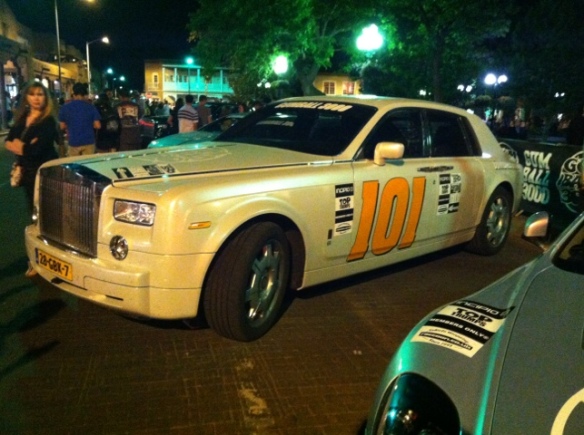 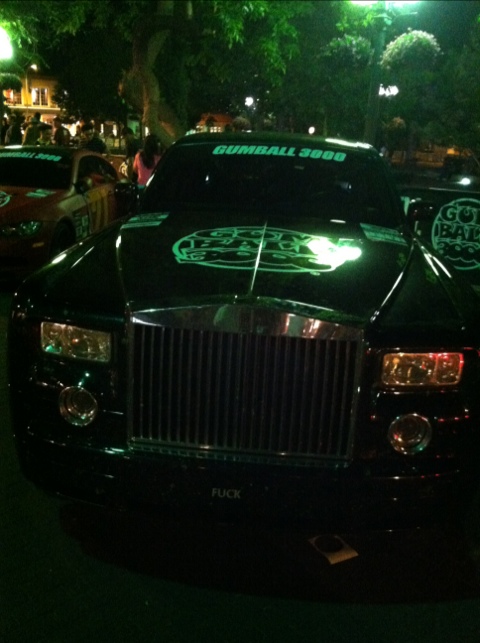 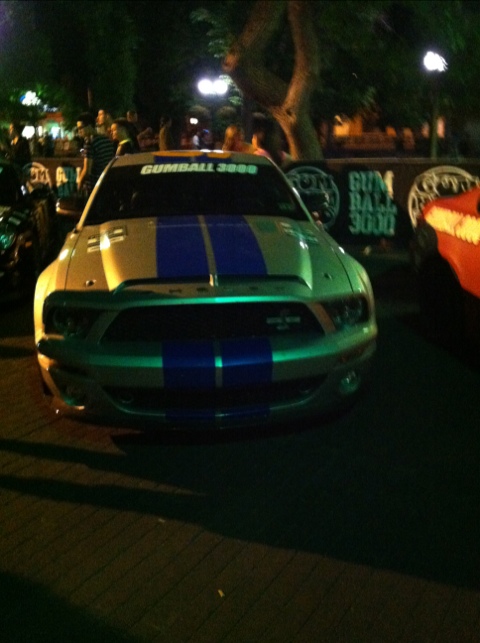 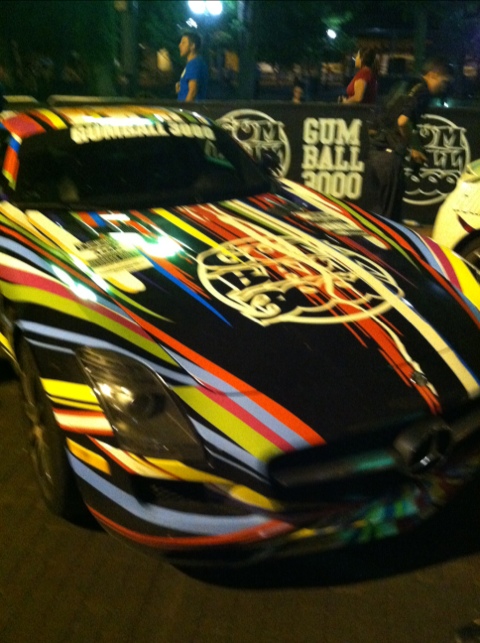 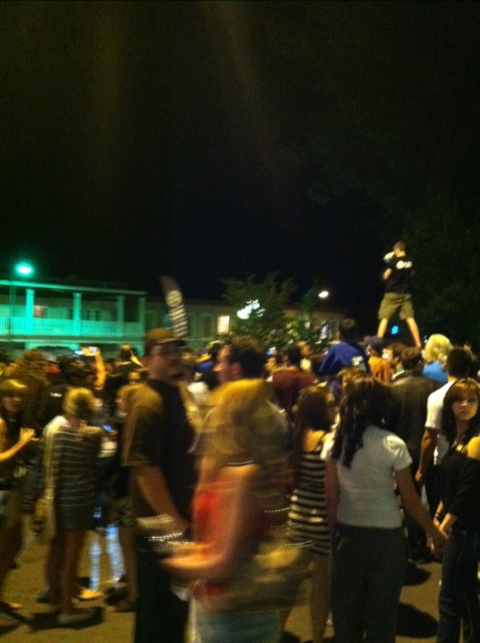 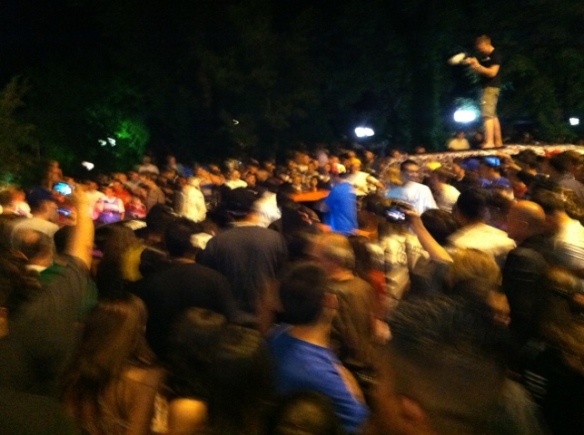 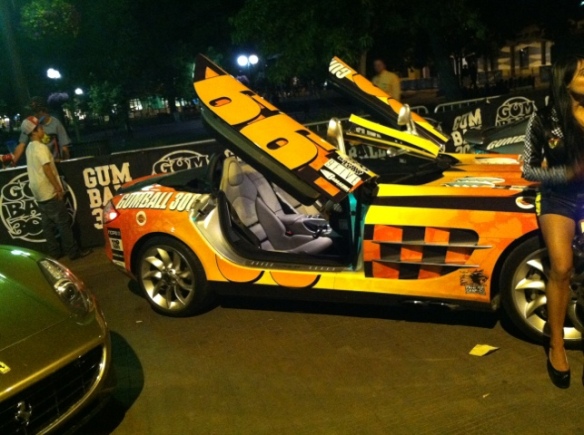 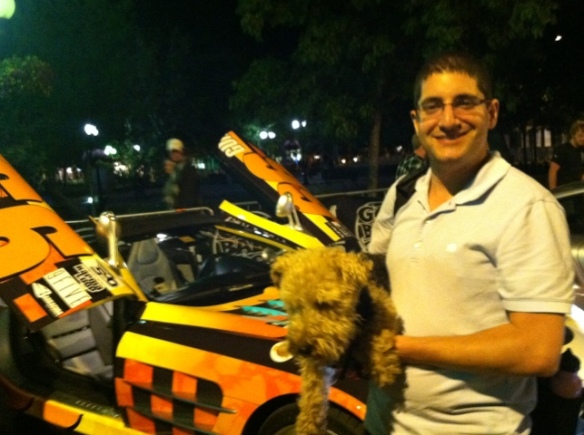 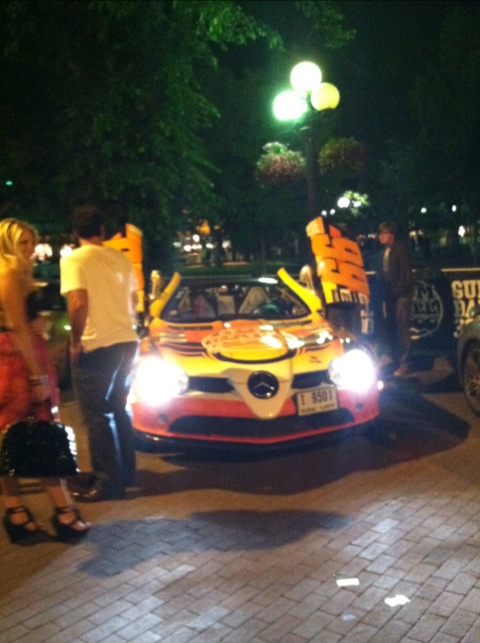